Stöð 2 is the first privately owned Icelandic television network in Iceland, and from the beginning, it has been a subscription network based on purchased entertainment material, Icelandic programs and news.

Stöð 2 subscribers watch far more TV than others and spend most of their time watching programs on channel Sýn. In addition, subscribers to Stöð 2 have higher incomes and have more people living at home than those who do not have a subscription.

You will find all the best in sports on Sýn’s sports channel. The number of live broadcasts each year is at least 2,200 – and they have never been more. English football is at home on Stöð 2 Sport, and there are over 200 live broadcasts from the most entertaining league in the world. Stöð 2 Sport also has everything else, the Champions League, the Pepsi Max League, the FA Cup, the Spanish and Italian Leagues, the Domino’s League, Ólis League, F1, Boxing, UFC, the NFL and everything that matters most in the world of sports. 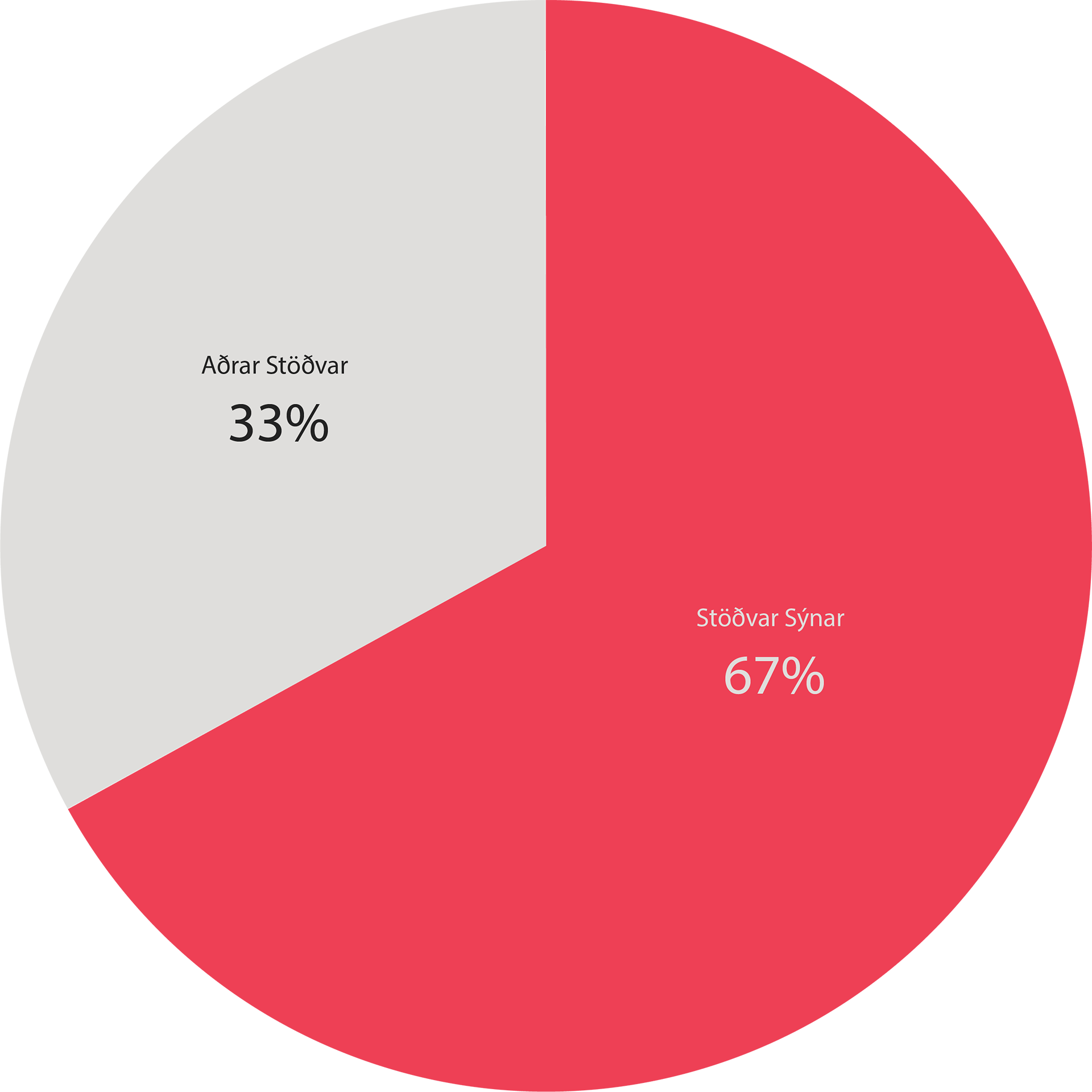 Up to 67% of the Icelandic population watch Sýn’s TV channels weekly, or about 166,000 people

Up tp 39% of the Icelandic population watch Sýn’s TV channels daily, or about 97,000 people

We recommend that the latest version is downloaded at any time, as the GRP price list changes regularly.

GRP stands for Gross Rating Point and is a unit of measurement for advertising campaigns.

Advertising shall be provided as a computer file on the path specified by the channels’ advertising departments under the following conditions.

SCREEN ADVERTISEMENT
SIZE
1920x1080 px
RESOULTION
70 PPI
COLOUR
RGB
RATIOS
Widescreen
MARGIN
Assume 20%
NO. OF WORDS
16-20 words
Save in JPG in maximum quality (not Save for Web and Devices)